What Is Six Sigma?

Six Sigma was invented by a Motorola scientist in the 1980s. It uses statistical analysis techniques to eliminate inefficiencies and defects. This methodology enables organizations to make data-driven decisions for process improvement.

The name “Six Sigma” is taken from the name of the bell curve used in statistics, where one Sigma symbolizes one standard deviation away from the mean. When the process shows six Sigmas, three of them are placed above the mean and three of them below the mean, which means the defect rate is quite low. This is because only 3.4 events out of a million along a bell curve would fall outside of six standard deviations. Statistically, an error or defect is unlikely to occur more than three times out of every million. Accordingly, Six Sigma is a performance metric that corresponds to 3.4 defects per million units, or opportunities.

Today, Six Sigma is used as a management strategy for the organization-wide deployment of improvement projects. In a nutshell, the aim of applying Six Sigma is to improve the quality of products, processes, or services by leveraging management principles to achieve this goal.

What Are the Certified Six Sigma Belt Levels? 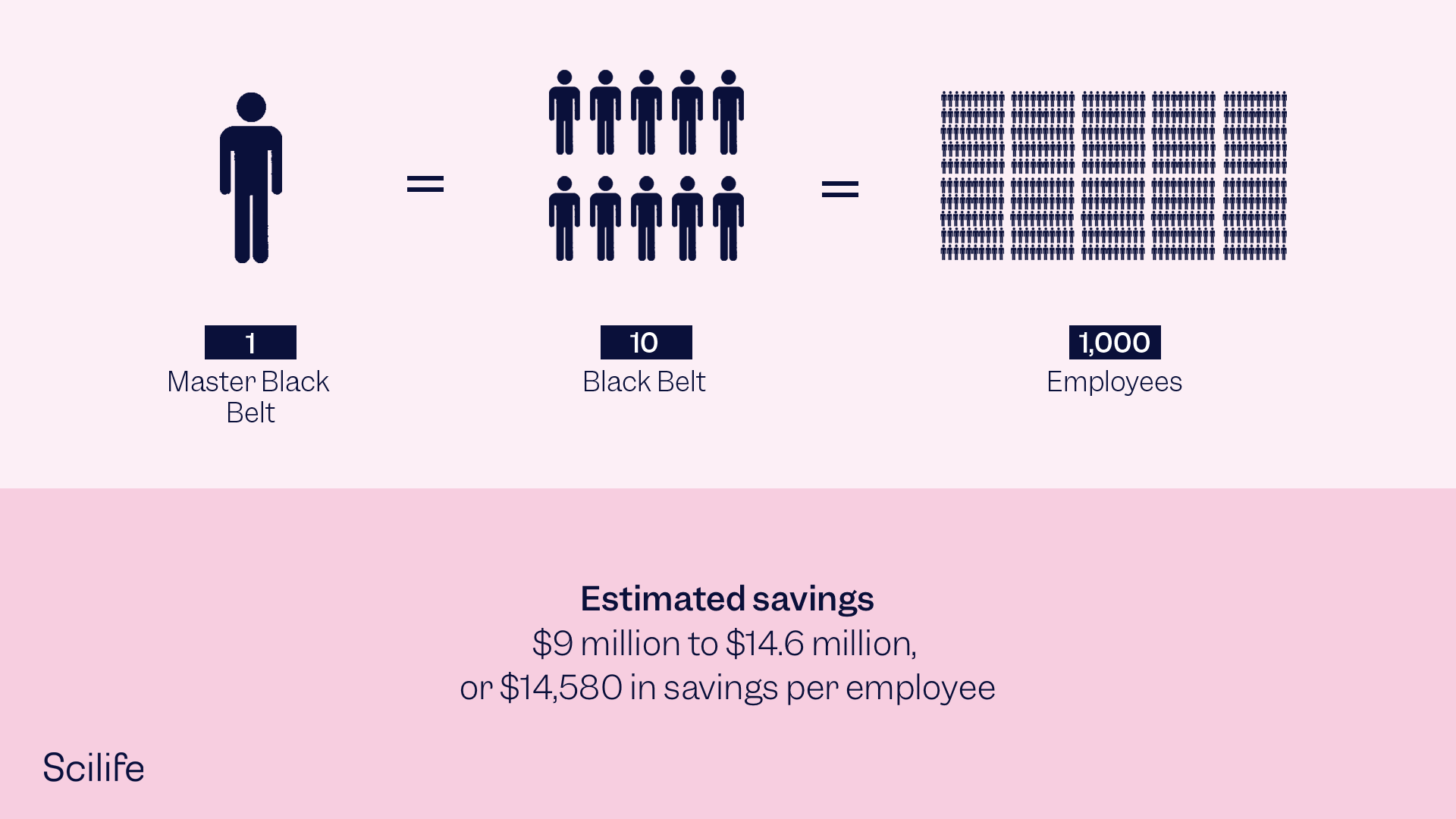 Here are the certified Six Sigma Belt levels from highest to lowest.

This is the highest level of Six Sigma achievement based on technical and organizational proficiency.  Master Black Belts can provide technical leadership in the Six Sigma program.

This means they should know everything the Black Belts know. However, they might have additional skills such as a deep understanding of the mathematical theory on which statistical methods are based, coaching skills to help Black Belts, teaching skills, or program organization skills at the enterprise level.

The Six Sigma Black Belt is a professional who can explain Six Sigma philosophies and principles, including supporting systems and tools. A Black Belt should show leadership, understand team dynamics and assign team members unique roles and responsibilities. Black Belts have the ability to achieve tangible results, such as:

iii. Projects are documented in the manner prescribed by the Six Sigma organization.

The Six Sigma Green Belt works in support or under the supervision of a Six Sigma Black Belt. A Green Belt should have at least three years of work experience, and want to demonstrate their knowledge of Six Sigma tools and processes. Green Belts have the ability to achieve tangible results, such as:

The Six Sigma Yellow Belt has a small role or responsibility, interest, or need to develop foundational knowledge. Yellow Belts support project teams in problem-solving tasks, since they know the specifics of Six Sigma, including how and when to apply it. They can be entry-level employees who strive to improve their world.

If you found useful this description maybe you'll like to see:

We can make better science, together

Contact us to learn how we can help you make life-changing solutions.