Medicinal Cannabis Compliance: How is the Regulation Changing? 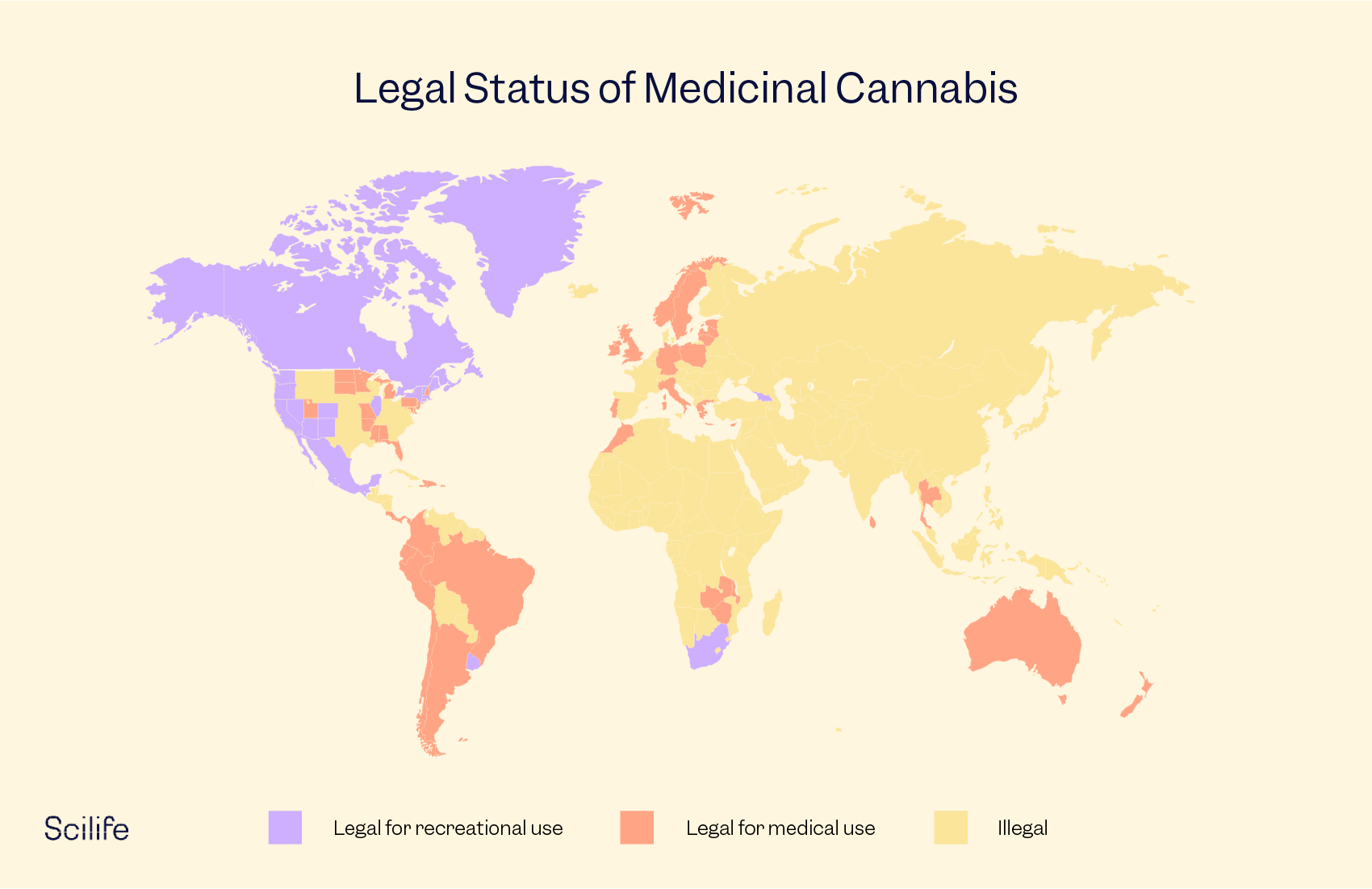 For thousands of years, our ancestors have used the cannabis plant to treat illnesses. The medicinal use of the cannabis flower is made possible thanks to its hundreds of chemical compounds that create pleasant sensations, feelings of relief, and health improvements by interacting with the endocannabinoid system in our bodies. These properties are highly useful for the treatment of patients suffering from a range of illnesses and have recently seen a significant increase in use.

The primary psychoactive component in cannabis is tetrahydrocannabinol (THC), followed by cannabidiol (CBD). While THC and CBD have been the focus of extensive research studies, new properties of other cannabinoids are constantly being discovered. This includes, for example, terpenes and flavonoids, which have also shown therapeutic properties.

The Events that Stigmatized Medicinal Cannabis

However useful it may be, cannabis can indeed cause drug dependence and is classified as a Schedule I drug by the FDA per the Controlled Drug Substances Act. A long history of events caused this stigmatization of medicinal cannabis:

However, it is worth noting that cannabis consumption was excluded from the list of criminal behaviors at that time. Nevertheless, any use of cannabis was naturally stigmatized because of this series of events. Soon, medical and scientific research started lagging behind due to dramatically increased criminal justice interventions.

Due to the stigmatization, all cannabis research was kept under wraps. However, gradually awareness of the medicinal use of cannabis grew, and voices in favor of legalizing medicinal cannabis became louder. Today, many countries around the globe are starting to legalize medicinal cannabis and research related to it. Let’s look at how these steps are being implemented across the world:

The medicinal cannabis industry in the United States and Canada is already relatively advanced:

Medicinal Cannabis in the United States

Senate Bill 46 legalizes registered patients to possess up to 70 medical marijuana daily dosages of a maximum of 50 milligrams at a time, effective since May 17, 2021. According to this bill, patients must obtain cannabis from a licensed dispensary in the form of:

The last few years have led to positive—but cautiously limited—steps across Europe:

Medicinal Cannabis in The Netherlands

Medicinal Cannabis in the Czech Republic

Israel is an exception in the Middle East, as it approved the medicinal use of cannabis in 1992 and soon became a center for scientific research and development of cannabis varieties and industrial products. Legislation is implemented by a specially established unit in the Ministry of Health, the Israeli Agency on Medical Cannabis (IMCA), which established a steering committee in collaboration with the Israeli police, the Ministry of Agriculture, and the Ministry of Economy. The IMCA issues different license types for the cultivation, extraction, packaging, and distribution of cannabis. It is also responsible for authorizing clinicians to prescribe cannabis to patients suffering from severe pain and other symptoms. In addition, other illnesses can be treated in hospitals as part of clinical trials. By 2017, some 40,000 patients were receiving medicinal cannabis in Israel.

In Asia, medicinal cannabis is strictly prohibited in Japan, Vietnam, Pakistan, Cambodia, and Nepal, while there is some progress in India, the Philippines, and Thailand:

Medicinal Cannabis Reforms in Latin America and the Caribbean

Latin America is currently leading the way for the adoption of policies and easy access to cannabis for therapeutic uses.

Globally, the legislative framework for the justified medicinal use of cannabis is still evolving as the world is gradually developing a more mature and scientific outlook on medicinal cannabis. Nevertheless, we hope that we were able to give you a high-level overview of the rules, regulations, and complications of the medical cannabis industry.

Do you want to know how Scilife can help you become totally compliant? Let's have a chat to see what are your needs and how our team can support you!

Curious about how medical cannabis companies are dealing with regulations? Access the Scilife case study on Helius Therapeutics here.