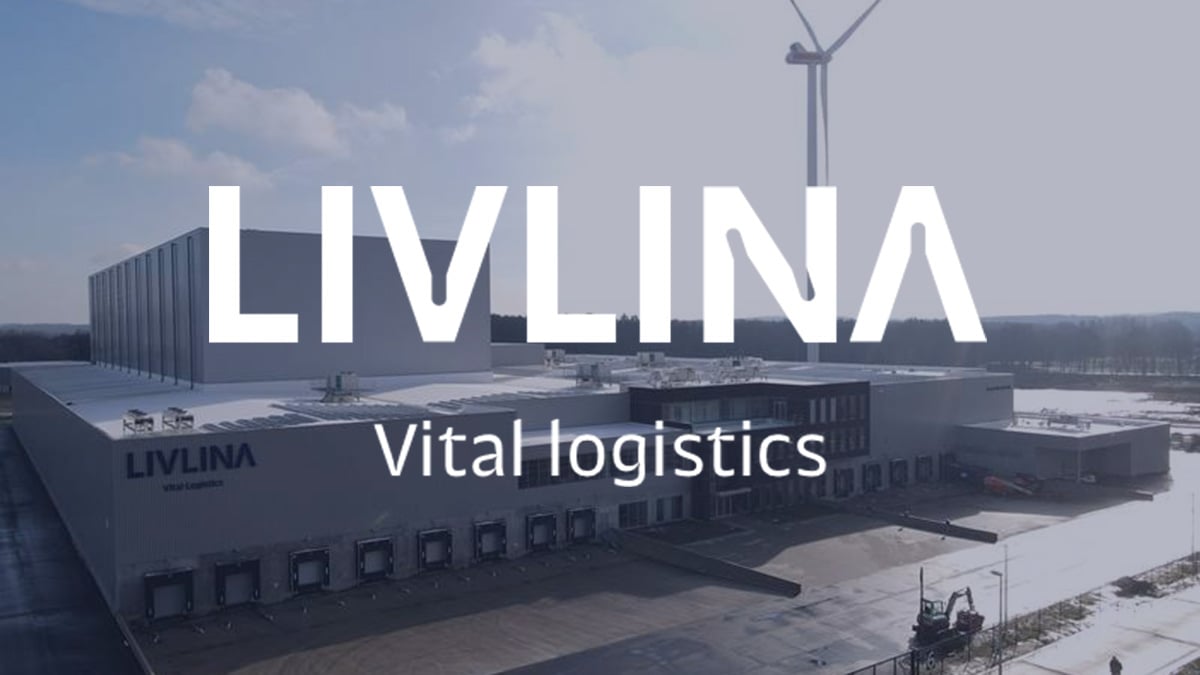 Livlina is an established 3PL player for the pharmaceutical industry in Europe, mainly active in the Benelux market. From their four Belgian GDP licensed warehouses, Livlina takes care of the storage, picking, packing, and distribution of pharmaceutical products for human and veterinary use. They also offer additional value added services such as GMP, tailored to their clients’ unique needs. Although highly specialized in Regional Distribution Center (RDC) in Benelux, Livlina is growing fast and expanding to be a player on the European level. Livlina has warehouses in Zolder, Bornem, and bases their HQ in their principal warehouse in Sint-Niklaas. Their newest warehouse in Tessenderlo is highly automated and state-of-the-art.

Karel starts off by stressing that an eQMS like Scilife is particularly helpful for a multi-warehouse setup like Livlina’s.

The other area in which Scilife really transformed the company was helping make the switch from a paper-based QMS to fully digital operations via an eQMS. Karel explains that until the summer of 2020, Livlina’s whole QMS was a paper-based system, with a lot of manual signatures and stacks of paper that needed to go from one warehouse to the other constantly. He mentions his concerns that papers could easily get lost, and that it would usually take a lot of time until signed papers came back. There was a pressing need to digitalize, especially once their newest and largest fourth warehouse opened in Tessenderlo which featured many workflows. Now, with Scilife having digitally transformed their QMS system, Karel delights in how easy it is to start a workflow in one warehouse and have it reviewed or approved by other people in his team in the other warehouses.

He goes on to explain that this ease of interaction between warehouses is observed across all quality flows, not just in documents. Karel highlights that the Events module, CAPAs module and Change Control module allows everyone, no matter where they’re based, to share the same knowledge and contribute their comments or reviews on processes. He describes that this input from each warehouse helps Livlina to optimise its ways of working and creates lean quality flows.

When asked why Livlina chose Scilife over other solutions when making the leap from a paper-based system to a fully digital eQMS, Karel replies that there were several factors that led him to make the decision with total confidence.

1. Outsources QMS development to save resources

Karel explains that in his 15 years in the sector, he’s witnessed many quality systems being developed by companies in-house. Usually, it’s because these companies have such highly specified ways of working that most externally developed eQMSs simply can't cater to. Karel goes on to describe how his own thought-process gradually evolved from transitioning from an in-house QMS to an externally hosted platform. At first, there were cost benefits to taking the DIY approach, but soon those costs mounted as the need for regular adjustments was ever present. There came a point where a change had to be made and an in-house QMS didn’t make sense anymore. Since making the switch to Scilife, Karel simply can’t imagine why Livlina would ever use an in-house QMS solution again.

The main reason Karel chose Scilife for Livlina is that it’s a highly standardized system, with standardized flows that work in and of themselves but can be tailored if needed to fit highly specific company needs. He really believes in this concept.

‘We have all been working a year with Scilife operationally, and I'm still as convinced as I was before that this is absolutely the solution for a company like us'

Karel explains that he feels confident in using Scilife because it's a system that many respected companies in the industry use. Because of this, he’s assured that the platform is built on solid experience, especially from the industry experts at Quality by Design, and he feels it’s also continuously evolved and improved throughout the years.

When asked how long it took for Livlina’s users to be proficient with Scilife, Karel replied that for most of his ‘offline’ personnel (which make up the bulk of his staff; pickers, packers, and those carrying out operational tasks only) needed only on average half an hour to understand how to use the system for their specific roles.

Karel’s QA team had around an hour of training per module, and Karel points out that was more than enough, especially with the Q&A sessions. He explains that once you know how one module works, the rest are easy as they all use the same layouts. He goes on to state that onboarding new employees onto the system is not difficult in the slightest.

When asked to pick out his favourite Scilife features, Karel gravitated towards:

Karel’s top feature is the fact that every module in Scilife is seamlessly linked, and that these links are easy to find. Moreover, the modules use similar layouts, so once you know how to work in one module it’s simple to learn how to use another.

‘You can have an event that triggers a CAPA, that CAPA can trigger an update of your document, that document update triggers a new training, and so on. So that's a huge benefit of the system.’

Another great feature, according to Karel, is the centralized, user-friendly dashboard interface. He noticed a huge improvement in the speed of getting documents through a workflow, because his team was able to glance at their individual dashboards and immediately see which actions were required of them. He says it’s so much quicker for his team to check their dashboard notifications rather than receiving emails, especially their individualized ‘action required’ notifications. What’s more, he mentions that it’s become much easier to keep track of expiration dates of documents, through automatic expiry notifications.

‘You don't need to spend a lot of time explaining Scilife to all the people in your company because it's really clear what is expected from you when you open your dashboard.’

3. Off the shelf functionality

Another feature Karel is pleased with is that Scilife is an easy-to-learn and ready-to-use solution from the word go, for the whole team.

Karel mentions that in Livlina, uncontrolled or outdated document copies simply don't exist anymore thanks to Scilife’s document control module. He also likes the controlled printing feature of Scilife, that logs every print action and so keeps track of who printed what and when.

Karel is thrilled that auditors are impressed with Scilife. Every action on the platform is tracked, so it preserves a spotless audit trail.

Finally, Karel mentions that he’s really happy with the support he receives from the Scilife team, especially since Scilife customer support is very active in gathering feedback to create improvements and new modules based on actual client needs.

‘From the moment that we want to change something the Scilife team is very open to listen to our needs and opens an investigation. If it's something that is useful for multiple customers of theirs, for sure they will develop a solution because it only makes their system better.’

Karel reveals that Scilife has empowered his relatively small QA team to successfully oversee four GDP warehouses across Belgium, and 65+ pharma customers. That involves multitudes of workflows, and regular audits, yet is still manageable for Livlina with a limited QA team and the Scilife platform. He’s thrilled that his team’s productivity is optimized in this way; ‘we can really manage QA at a high level with a really low amount of persons.’

Secondly, communication between warehouse teams is better than ever before, thanks to Scilife digitalizing and centralizing workflows; especially when it comes to managing documents and the logging and follow up of events.

‘It’s a world of difference from before. We are a lot more aware of what happens quality-wise. Before it was more like islands and now all information is integrated. It gives us a lot more awareness and flexibility.’

When asked about what he recommends to other professionals when it comes to deliberating an eQMS for their companies, Karel shares; ‘if you are in situation where you have an in-house quality system that doesn't match your expectations, I would say, go and talk to the people of Scilife and listen if their solution fits your needs. If it does, you should not hesitate.’

He goes on to point out that Livlina needed a high quality system with high performance to meet the stringent requirements of the tightly controlled pharmaceutical industry, requirements that Scilife could fulfil.

‘From my perspective, Scilife is the best thing that I have experienced in quality systems yet. And I've seen some!’- Karel Van Besien, QA director at Livlina

Karel also has a tip for new Scilife users to help start them off. He explains that for a large company like Livlina, it made sense during data migration to import all documents in draft form, rather than approved form, so that each document could go through the approval process within Scilife. He reveals that not only was this useful for training purposes, so that his whole team could get to grips with the new platform at the same time, but it was also a way to make sure every document (in their case over 300) was up to date. In this way, the implementation of Scilife offered a fresh start.

To sum it up

Livlina switched from a resource-heavy in-house QMS system to a fully digitalized eQMS way of doing things with the Scilife platform. It’s boosted inter-warehouse communication and collaboration which has resulted in greater productivity and unity across the whole company.

Thousands of happy users are boosting their companies with Scilife.

Contact us to learn how we can help you make life-changing solutions. 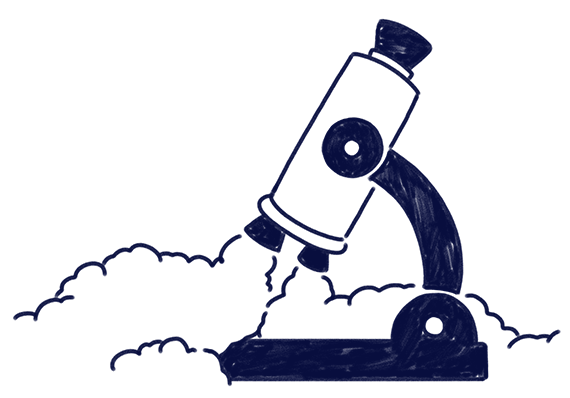